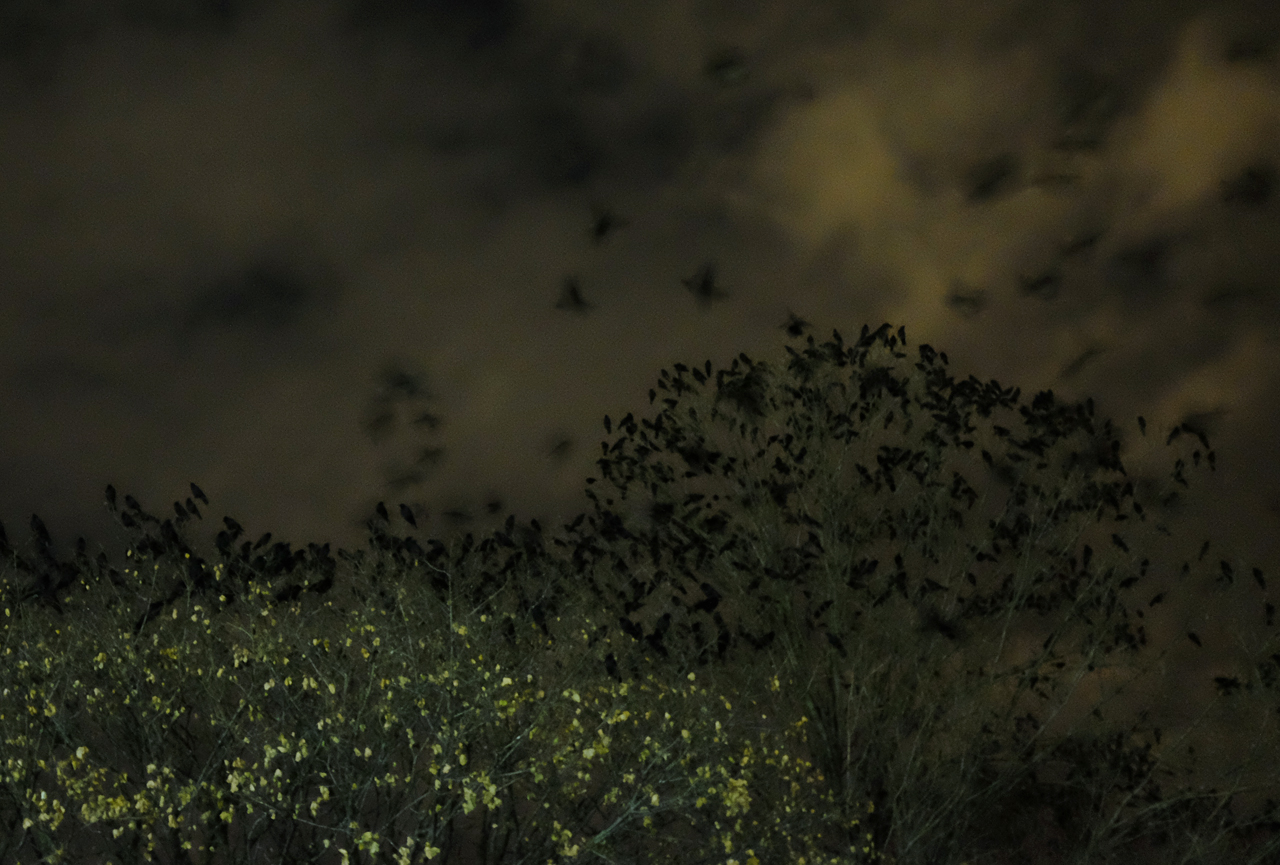 I took some time after work this afternoon to try to find where the crows are roosting in Springfield at this point in the season.

I started by driving down Chestnut Street in the North End, where I’d found a staging area last November. That place — a vacant lot behind a church — was empty, and as I neared Baystate I wondered if I was on a wild crow chase. But, as I passed the hospital I saw a stream of crows overhead, flying east.

I began to double back, following Armory Street past Van Horn Park as light fog slipped through the neighborhood, and over Interstate 291.

Here the crows were congregating in trees between the highway and Franklin Street. Two men stood on a porch near Genesee Street. I asked them if the birds had been regular visitors to the neighborhood. Yes — every day, one man said.

Across Liberty Street, the crows were jockeying for position in the trees Gurdon Bill Park. There were several hundred birds; maybe close to a thousand.

Late last winter the final roost was often in Fairview Cemetery over in Chicopee — but tonight, at least, the park seemed to be their destination. I waited until long after sunset, waiting to see if they’d make a final dramatic move. But, they stayed in the park.

Below, some additional photos I took, including one crow I found dead in the park: